What did the young northerners ask for the spirits in the Dolgan plague? 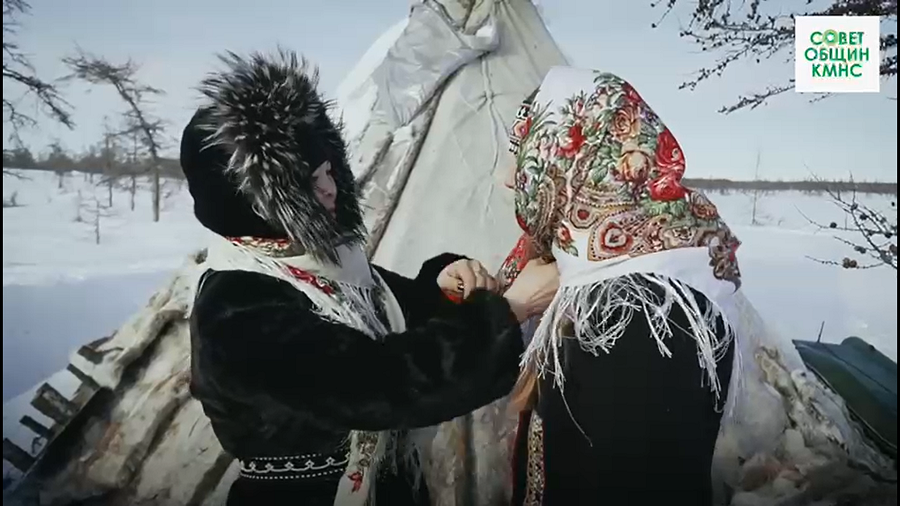 Video, how Daria Lykova and Nasu Terebikhina meet in the Dolgan chum near the Kheta River in central Taimyr, has already flown around the world

Both young northerners work in a public or, as they say now, a volunteer organization «Council of Communities of Indigenous people of the north».

Anastasia (Nasu) Terebikhina popularizes the Dolgan language, leads a community that revives reindeer herding, teaches musher-children how to ride dog sleds and tries to create a local population of domesticated musk oxen. And Daria is actively engaged in the problem of digital inequality. It provides the Nordic governments and entrepreneurs with high-speed Internet connections for all people in the Arctic, especially children and young people in villages and camps on nomadic routes. It is not known what the girls talked about, what they asked for the spirits of the tundra, but a few days later Daria turned to Elon Musk in her blog with the words that the Internet offered to him in the USA and Canada is very expensive for indigenous people, and then spoke at the UN platform with an appeal to Elon Musk and the authorities of the northern regions:

“Modern children should not grow up without the Internet, this dooms them to the fate of pariahs in the 21st century. This applies to both Europe and America. The other day I turned to Elon Musk on my blog, because my friends — young Gwich’in and Inuit in North America — do not always have an accessible Internet today. But the connection offered by Elon Musk is too expensive for them — $ 100 a month — very expensive for the Indians and Inuit who are engaged in fishing. I suggested that Mr. Musk negotiate with the leadership of the United States and Canada to compensate the Inuit and Gwich’ins for the costs of connecting to his network. This will be a real contribution to the preservation of their languages, — said Daria Lykova, a member of the youth bureau of the Council of Indigenous people.»