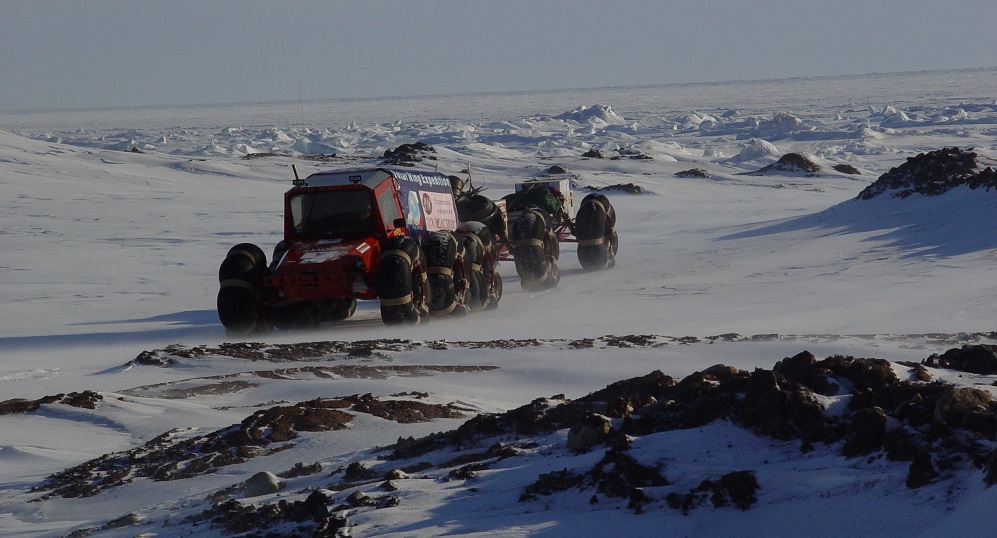 The Arctic Expedition Support Fund (its leader is honorary polar explorer Vladimir Chukov recently visited Taimyr) has completed the second stage of the Arctic-ETHNOGIS latitudinal expedition. The day before, the participants arrived in Moscow

One of the tasks of the last trip was to test the components and assemblies of modern floating all-terrain vehicles on wheels with low-pressure tires, which can provide all-weather and all-season delivery of food, as well as doctors or injured people throughout the Arctic zone of Russia.

“During the first stage of the expedition, a prototype was tested on the Yamal peninsula, which showed good capabilities, but insufficient cruising range to support remote objects”, said Vladimir Chukov, president of the Arctic Foundation. “Therefore, the basic model of an inhabited all-terrain vehicle, which can autonomously overcome long distances and various obstacles, we chose a prototype with the code name Toros – a modification of the Toros all-terrain vehicle developed by us together with designers of a number of universities 21 years ago”.

During the current expedition, Ivan Derevyanchenko, I the Arctic Foundation Board of Trustees chairman met with the leadership of medical institutions in the Taimyr municipal district.

At the meeting, they discussed which all-terrain vehicles and in what quantity are needed today to provide medical care in the region. According to the Taimyr doctors, the minimum number of required all-terrain vehicles equipped with places for doctors and stretchers for patients is at least ten pieces.

“All-terrain vehicles based on the Toros prototype have another important advantage besides the power reserve – they were created on the basis of Russian-made units. They can be easily repaired in tundra or Arctic desert conditions”, Ivan Derevyanchenko told the Union of Indigenous Communities.